WHO WILL BE RESPONSIBLE FOR CHILDREN IN AVs?

The Consortium recommends that any legislation that currently assigns responsibility for appropriate restraint use by children to the “driver” be amended to ensure compatibility with automated vehicles and to avoid legal loopholes in the future. Instead, this duty should be placed with a responsible adult within the vehicle who is identified for each trip.

A vehicle’s driver is often the person legally responsible for ensuring that children in the vehicle are restrained appropriately. Depending on the child’s age, weight, and/or height, this might require the driver to ensure that the child is restrained appropriately in a dedicated child restraint system approved by international or national regulations. Therefore, vehicle autonomy, in which there is no human driver, raises a number of questions. First, how will the “driver” be identified, particularly in vehicles that are capable of full autonomy? We recommend that legislation be amended to assign responsibility for restraining child passengers to a parent or an adult caregiver or other individual age 18 or older designated by a parent to supervise a child during a ride.

Another question is in which types of vehicles child occupant protection laws ought to apply. In some jurisdictions, child occupant safety laws currently include exemptions to mandatory child restraint use under certain conditions, such as when riding in a taxi, taking an unexpected journey, seeking emergency medical care, etc. These loopholes exist not because a child is safe riding without a child restraint in these situations, but as an acknowledgment that it can be difficult to provide a child restraint on demand when riding in something other than the family vehicle. But, if automated vehicles reduce private ownership significantly, as many predict, the number of situations in which children ride outside the family vehicle might increase from being an occasional exception to more of a norm. Therefore, it may be necessary, to remove these exemptions, or to legislate for the provision, as well as the use, of child restraint in such vehicles to avoid detrimental effects on child casualty statistics.

In the longer term, technology might be developed that makes such requirements redundant. For example, vehicle motion might be suppressed unless all occupants are restrained correctly. Whether it will be feasible to detect the appropriate restraint type for children across all ages is another matter, without some form of communication between the child restraint and the car.

In the U.S., driver behaviors are governed not by federal law, but by the laws of each state. While these laws share many characteristics, they also vary considerably, as they are formed and amended separately via each state’s legislative process. Currently, most U.S. state laws do not consider AVs.

For traditional motor vehicles, states have assigned responsibility to the driver. In the coming months and years, each state must make it a legislative priority to ensure that state laws assign responsibility for buckling children up properly in all types of vehicles that may be on the roadway. Since this will require broad changes in all states, a uniform approach will be most effective. Though it is unlikely that the U.S. will turn to federal driving laws, other entities, such as the Governors Highway Safety Association or the Uniform Law Commission could help provide a needed service in guiding states in the process of updating laws. See Model Legislation for Global Use.

In the United Kingdom, the Law Commission, an independent governmental body charged with identifying laws in need of reform, has undertaken the job of reviewing UK law in anticipation of automated vehicles. As part of this ongoing process, the Law Commission notes the need to update existing laws that hold a driver responsible, recommending that a new passenger definition will be needed for automated vehicles: the “user-in-charge.” The Law Commission recommends that responsibility for behaviors that were formerly assigned to a driver be reassigned to either the vehicle manufacturer/designer (dangerous driving such as speeding, running a red light, etc.) or the “user-in-charge” (maintaining the vehicles, ensuring passengers buckle up, carrying proper insurance, etc.).

While its findings do not focus specifically on child safety, it indicates an expectation that one person will still need to be identified as responsible for proper occupant restraint in automated vehicles. If general laws are amended, any child-specific laws could also refer to the “user-in-charge” as the adult responsibility for properly restraining children.

While the Law Commission is not a legislative body, its recommendations are historically approved by the UK.’s Parliament in a large majority of cases. Other countries are also addressing law updates to adapt to automated vehicles, often through countrywide rulings that seek uniformity across a nation. 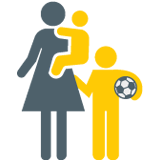 CAN CHILDREN TRAVEL ALONE IN AVs? 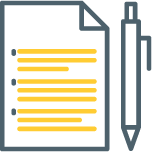 MODEL LEGISLATION FOR GLOBAL USE 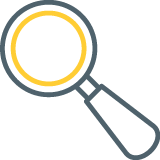 WHY THIS MATTERS NOW 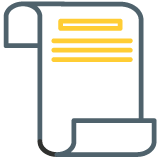 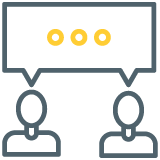 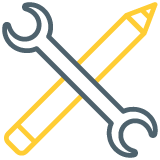