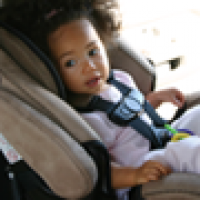 I feel lucky to be involved in yet another Child Passenger Safety Week. This is my 25th celebration! It is a time when the nation’s 34,000 car seat technicians rally around the issue, especially on Seat Check Saturday (September 24), when the National Highway Traffic Safety Administration (NHTSA) encourages us to offer car seat checkup events in our communities on the same day. I work at Safe Kids Buckle Up and our coalitions will host more than 200 events on that day and over 600 events that week.

When I started my career in child passenger safety (CPS) over 25 years ago, it was a different world. All 50 states had passed child passenger safety laws within the previous 6 years and the nation was waking up to the fact that children needed extra protection in cars. Many state laws required kids under 4 to be protected and I knew it would be a hurdle to get kids up to 4 in car seats.

Passing a law does not fix everything. Many people still did not know the details of their state laws. I saw babies held on laps, some even riding on the driver’s lap, and the majority of newborns were in front seats. No one questioned station wagons with kids in the cargo area and pickup truck beds that routinely carried kids and adults alike. Children walked around the back seats of moving cars and hung out of windows. Enforcement of the CPS law was minimal. On a national level we knew something had to be done to reduce the number of children killed and injured in motor vehicle crashes. The question was, what would that be?

There were community champions and some more areas developed state programs but there was almost no national attention paid to child passenger safety outside of Child Passenger Safety Week. Then, in 1998, NHTSA developed a standardized training for technicians. After that, people by the thousands took a 4-day class to learn about vehicle safety features, car seat safety features, state laws and how to best educate parents.

Child Passenger Safety Week is still celebrated but it is now held in September instead of February, during Valentine’s Day week. February brought great weather for the people in California, Florida, Arizona and Texas however the rest of us stood knee deep in snow to check people’s cars. The car seat events often brought lines of traffic that snaked for miles. I remember one event where a new father of triplets and his father in law waited over 3 hours to get their seats checked.

That was back in the day when technicians did all the work and parents pretty much just watched. We created people who left our event confident that the seat was installed correctly but who swore they would never move it. We needed a paradigm shift in thinking as we realized we had created “car seat cripples” who were afraid of their car seats. Only we could fix that. And we did. We now require the caregiver to install the car seat in the car (with guidance) and to place the child correctly in the seat (with guidance). People’s faces beam when they accomplish a great fit of the seat into the car.

So I am thankful for yet another CPS Week. Families will leave our events knowing they can protect their children even if we are not there. Technicians are dedicated to making kids safe all year long and I want to acknowledge them and their work during this week. Granted we have stronger laws and more awareness now but it is the work of technicians who have moved the needle in protecting kids so that we now see 8 year olds in booster seats.

Those kids I saw over 2 decades ago are now parents themselves and so the cycle begins again. I’d love to hear what you did for children this week. Will you send me a story at [email protected]

Is It Okay To Use A Second-Hand Car Seat?

At Home or on the Road, Here’s Your Cold Weather Safety Checklist