Can Washington Walk the Talk on Children's Safety? 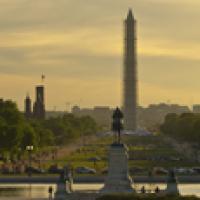 In his State of the Union address, President Obama precisely described the mission of Safe Kids Worldwide and the cause that gives us passion. He said that we must protect "our most precious resource, our children," by "saving the world's children from preventable deaths."

It was good to hear the president's words. It is a tragedy that the number one killer of kids in our nation is from injuries that are almost all entirely preventable.

But the key will be whether those words are translated into reality when the president begins the budget process with his submission of a budget to Congress. Will the president and Congress embrace reasonable funding in proven federal programs, which are critical in the cause of child injury prevention, and recognize that there are tax dollars to be saved in child injury prevention?

We have made progress. Last year, the Centers for Disease Control and Prevention (CDC) reported that the death rate from preventable injury was reduced by 29 percent in the past 10 years. This progress has been made, in part, due to efforts of the National Highway Traffic Safety Administration and the National Transportation Safety Board to reduce the death of kids in cars. A lynchpin of the overall reduction was a 41 percent decline in motor vehicle crash-related deaths. This 25-year campaign began with seat belts and booster seats and continues today with reforms like interlock brake systems and graduated drivers' license schemes.

Given this track record of success, we have urged the Office of Management and Budget to provide those agencies with the resources they need to continue this momentum. An agency budget of particular concern is the CDC's National Center for Injury Prevention and Control (Injury Center). Several years ago, the CDC was hit with an 11 percent cut that severely impacted the Injury Center. Huge, disproportionate and wrong-headed -- this cut must be reversed.

The tools the Injury Center uses to reduce injury are research, education and awareness. An example of one area in which they work is concussions sustained by kids playing sports, something that is making parents around the nation increasingly anxious. More than 38 million kids participate in sports each year. Last year, Safe Kids conducted a survey about the attitudes and knowledge that parents, kids and their coaches have about sports injuries. The findings show that coaches don't have access to the continuing education they know they need to prevent and minimize concussions, while parents say they rely closely on the coaches for sports safety. The Injury Center provides a critical tool by offering coaches the "Heads Up" program, an on-line training with information coaches need to keep their teams safe.

The safety of our children is paramount, but another factor our legislators must consider is the societal costs of injury and the savings we gain from prevention. Each year, more than 3.5 million children receive medical treatment for sports injuries. If we eliminated 10 percent of these visits, we'd save about $4.9 billion in health care costs. The investment in prevention pays off in the following ways as well:

• Every dollar spent on a booster seat saves society $71 dollars.
• Every dollar invested in a smoke alarm saves $28.
• A helmet on the head of a younger bicyclist saves $580.
• Each federal dollar spent to support poison control centers saves $38.74.

Knowing that there's a rightful push to lower the deficit, we advocate that the president and Congress double the Injury Center's budget from $150 million to $300 million. It may sound like a significant increase to you and me, but consider that $300 million is three-fifths of the budget for the Sport Fish Restoration program.

Conquering the debt is imperative. Debt is a legacy that we should not pass on to our kids and grandkids. I know that we can get to a balanced budget and raise generations of safer kids. This should be our twin cause; let's get there together.

Many people ask: Is Washington, D.C. listening to us?