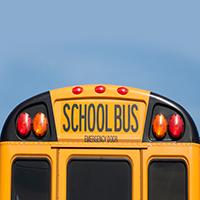 On most days, the safest way for kids to get to school is on a school bus. Sadly on October 26, 6-year-old twin boys Xzavier and Mason, and their 9-year-old sister, Alivia Stahl, were exceptions to that rule. They were on their way to Mentone Elementary School in rural Rochester, Indiana. Their bus was traveling northbound on a two-lane highway with a 55-mph speed limit. The school bus driver stopped and lowered the stop arm, its blinking lights signaling that he was picking up students. Along with a fourth child, the three kids started to cross the street to board the bus. Then, a Toyota Tacoma pick-up truck driving southbound on the highway drove around the bus and hit the four kids. The three family members died, and the fourth child, 11-year-old Maverik, was airlifted to a Fort Wayne hospital with serious injuries. Maverik is expected to recover.

This was the worst school bus tragedy in the U.S. since November 2016, when six children were killed in Tennessee aboard a speeding school bus that crashed.

Maybe it’s surprising that school bus passing is the problem it is. Think about a school bus: it’s a big, bright, yellow vehicle stopped on the road, an average 40 feet long. When it’s stopping to pick up kids, the stop arm drops with its stop sign and lights that blink so everyone can see.

But school bus passing happens with shocking frequency. According to the National Association of State Directors of Pupil Transportation Services (NASDPTS), a survey of more than 100,000 school bus drivers reported that 83,944 vehicles passed their buses illegally on a single day during the 2017-18 school year.

The stop arm has been a good first step. But there’s another way to make the school bus ride to school even safer. Sixteen states allow school districts to place video cameras on the side of school buses to catch and deter school bus passers. Most recently, Pennsylvania, Arkansas and Utah passed the law, and Indiana had considered such a law over the last few years. Not only is it smart, it’s financially responsible since the cameras pay for themselves through the fines.

More importantly, stop-arm cameras work. For example, stop-arm violations in suburban Cobb County, Georgia were cut by more than 50 percent after stop-arm cameras were utilized. Montgomery County, Maryland was a pioneer on the use of stop arm cameras. During the 2016-2017 school year, the county issued 50,993 school bus passing tickets.

Through advocacy efforts by Safe Kids to make school zones safer, we created the Take Action Toolkit with step-by-step guides on how to fix an unsafe school zone. It includes tips on how to mount a campaign to pass stop-arm camera legislation. Earlier this week, America voted for new state legislatures. Now it’s time to get to work and pass stop arm camera legislation to make kids even safer getting to school. We’re here to help: if you are interested in mounting a campaign in your community, here’s how to contact us.