This Fourth of July, Let’s Leave the Fireworks to the Professionals 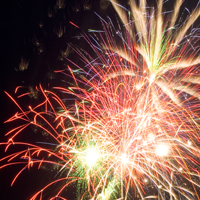 Fireworks always remind me of late summer nights at Zephyr Field, watching the minor league Zephyrs play baseball in the muggy New Orleans’ heat. Every summer from the time I was five, my family and I would sweat through nine innings for the promise of a fireworks show at the end and it was always worth the wait. But even at a young age, I knew that fireworks could be dangerous. It made sense that we let trained professionals shoot them off.

Currently, 47 states plus D.C. allow the general public to purchase some type of fireworks. For the most part, these laws apply to less powerful fireworks. However in recent years, some states have pushed for easier access to more powerful consumer fireworks. Just in time for the Fourth of July, a new fireworks law in West Virginia will go into effect making powerful fireworks available for consumer purchase. This law will allow for the purchase of Roman Candles with enough force to rip a hand to pieces and bottle rockets that can lead to permanent blindness. Additionally, more than 30 counties in New York have now legalized the sale and use of sparkler devices, which are responsible for over 50% of fireworks-related injuries in kids under the age of 5.

Recent Fourth of July holidays are marred with stories of horrendous injuries and deaths caused by fireworks. Erica Rodriquez, a 12-year-old from South L.A., suffered a serious eye injury in 2011 after a bottle rocket shot out of control and directly at her face. Despite attentive treatment following the injury, she inevitably lost all sight in her right eye. In 2015, a 9-year-old and a 5-year-old in Boston were playing with fireworks they found near their home when one exploded, blowing off the older boy’s hand and burning the younger boy. The oldest boy was rushed to the hospital and underwent multiple surgeries for his injuries.

According to studies conducted by the Pediatric Academic Societies, over 90,000 pediatric fireworks-related injuries were treated in hospitals from 2006 to 2012. These ranged from minor burns to loss of vision to amputation of limbs. Despite these sobering statistics, lawmakers around the nation continue to weaken fireworks restrictions.

This Fourth of July, let’s leave it to trained professionals to put on the amazing fireworks displays that America is famous for. That way more kids can have great memories of hotdogs, ice cream and baseball games with their families.

Why I’m Leaving Fireworks to the Pros

Five Ways to Make Sure Kids Stay Safe Around Fireworks