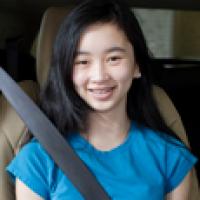 Yesterday began, as it does for so many of us college students, with a cup of coffee and a click of the seatbelt. But after a typical work day, things took a pretty abrupt turn when I got into a car crash on my way home.

I have only been in two car crashes in my life; the first one involved an unfriendly median that can be chalked up to a snowstorm and impossible visibility, although, under the circumstances, I should have been driving slower. Yesterday’s collision, however, was undeniably my fault.

When I recovered from the shock, insurance information exchange and obligatory phone call with my father, I replayed the crash over in my head. In the first moments after the collision, I was terrified that I had hurt someone in the other vehicle – particularly that a child might be in the back seat. I am so lucky that it was just one gentleman, unharmed, who would drive away with only a small dent in the rear of his car.

My next thought was how, as a young driver, a million things tug at our attention each day and we do not always manage to prioritize in the most logical way. We value getting to the coffee shop in time to beat the rush over using our turn signals, or getting to work on time over paying attention to pedestrians. Yesterday I was more concerned with picking up my sister from work than maintaining a safe following distance. The car in front of me stopped suddenly; the next thing I knew, “crash,” and where there had been two headlights on my ever-charming 1999 Buick LeSabre, now there was only one.

My final thought was how incredibly glad I was to have been wearing my seatbelt – and for that I have to thank my parents. Since I was a kid, they insisted that I wear one at all times, no matter how long the trip. In high school I had begun to notice a waning trend in fellow students wearing their seat belts; in the past three years of college, several friends had been warned or ticketed for that very issue. Some things parents say do stick and the seatbelt rule was fortunately one that stuck with me. In both of my crashes, I felt the importance of my seatbelt in those first moments, as the steering wheel spun and my adrenaline rushed.

I truly hope this is my last car crash. It is well within my control to drive safer and I plan to do just that. There are numerous ways to lower your risk and prevent any injuries to yourself or others. It does not matter if you are running late to pick up your sister after work or going out of town with your family to see your in-laws for a holiday weekend; driving safely is not a take it or leave it option and it is not a joke. No one is invincible on the road and not everything is as replaceable as a headlight.

But still, I know, accidents will happen. I and countless others are proof of that. Whether you are 16 and just learning to drive, a college student with lots on your mind, or you are a seasoned driver and parent, ensuring that everyone in the car buckles up is the safest way to travel. It starts with getting into the habit of buckling your own seatbelt and setting a good example. I have a younger brother and sister, who I would never want to put in danger from a bad example I set. Driving with someone else in the car is even more responsibility – never leave the driveway until everyone is buckled. Tell your friends and family, no one is too old for a seatbelt! You’ll keep them –  and your headlights – safe from harm.

From Car Crash to Firefighter: The Incredible Story of Brooke Ice

Back to School - The Perspective of One Mom