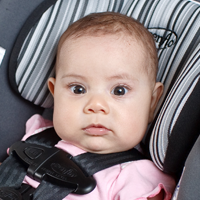 As a new resident of California, one of my first duties was to get a driver's license. This required passing a written knowledge test, which I have not had to do for a very long time!

The good news is that I passed and now have a new permit. And the experience was positive in getting me to focus on the state's traffic safety laws and overall safe driving practices.

Even better news during the test preparation was seeing the attention that the California DMV pays to the issue of children being left alone in vehicles, particularly hot cars.

As child safety advocates, we all know that there are far too many preventable deaths each year from children who are left in hot cars by caregivers or gain access to a vehicle and are unable to get themselves out. As I write this, there have been 23 heatstroke deaths so far this year, compared to 24 for all of 2015. At least 684 have died this way since record keeping began 18 years ago. The vast majority of these deaths are children three years of age or younger.

In studying the California Driver Handbook to prepare for the test, it was good to see sections on the following:

Then, the actual test included a question on this subject, further highlighting the importance of the message.

Fortunately, the SKW policy team is researching how many other states educate new drivers on this risk and plans to encourage the appropriate agencies in states which do not do so to use the opportunity of the licensing process to further educate motorists about hot car dangers. Safe Kids got the idea to do this from a citizen who suggested it in an e mail message (Thank you, Alan Bundy, for the great idea).

There are many ways to remind motorists about important child safety practices. Taking advantage of as many of them as possible -- including the licensing process -- can help save young lives.

Steve O’Toole is a member of Safe Kids’ Board of Directors and worked for more than three decades at General Motors where his focus was on safety. He is the proud father of two daughters and grandfather of two boys, 4 and 9.