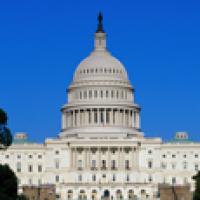 We thank Congressman Jon Runyan (R-NJ) for guest authoring this blog. He represents the 3rd district of New Jersey and is a founder of the bipartisan Congressional Kids’ Safety Caucus.  The father of three children, Jon, Jr., Alyssa and Isabella, Congressman Runyan played pro-football for 14 years, including the then Houston Oilers/Tennessee Titans, Philadelphia Eagles and San Diego Chargers. Visit his website.

I’ve spent a lot of my life on the football field. And, whether it was as an offensive tackle at the University of Michigan or in the NFL, or as a parent at one of my son Jon Jr. ‘s games or practices, one thing has remained consistent: safety is as important as a touchdown.

Safety starts with knowledge. Knowing the signs of a concussion or tips on how to prevent it from becoming a long-term health problem can make sports safer. Research and data are also critical to reducing the number of sports-related injuries.

That is why I was happy to see the Safe Kids’ report Game Changers. It is stunning that 1.35 million kids were seen in emergency departments in 2012 for sports-related injuries. 12 percent of those injuries were concussions. That means that every 3 minutes a kid was seen in an emergency department for a concussion. Almost half of the athletes with concussions were between the ages of 12 and 15 and because of their age, they will take longer to recover. The sport with the highest number of injuries and the highest concussion rate was football.  Contrary to what you might think, I’m not just talking about boys. Girls are actually eight times more likely than boys to have an anterior cruciate ligament (ACL) injury.

I know playing a sport can be an amazing experience. Football was my ticket to college and the beginning of my career. But, playing football also meant breaking my tailbone and taking months to recover from knee surgery. For other players, young and old, football has meant concussions with the potential for serious long-term effects, ACL tears, and broken arms and legs. These Safe Kids recommendations can go a long way in enhancing the safety of young athletes:

Rules of the Game

Is It Time to Replace Your Kid’s Football Helmet?