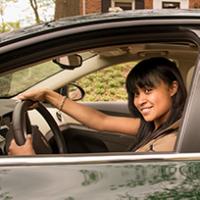 Today’s moms and dads have a hard-won reputation for pushing their kids, at least when it comes to school and sports. Finish your homework. Study for that test. Don’t miss soccer practice. But parents may be less likely to stay on top of teens and preteens about matters that, in the scheme of things, are far more important than whether they make the varsity team or ace their SATs.

Consider the issue of road safety—which is truly a matter of life and death.

A report from the Centers for Disease Control and Prevention released this month revealed some troubling statistics: Between 2013 and 2016, the number of kids ages 10 through 19 who died because of an injury jumped by 12 percent. This marks a dramatic reversal of the sharp decline recorded between 1999 and 2013, when injury-related death rates fell by 49 percent. That’s right, when it comes to the safety of our kids, we’re moving in the wrong direction.

Sadly, we’ve heard a lot about some what’s behind these alarming numbers: Teen suicide rates are up. More kids are overdosing on opioids and other drugs. Homicides have increased, the result of tragedies ranging from gang violence in inner cities to mass shootings like the most recent one in Parkland, Florida.

But absent from the headlines are stories about the biggest contributor to fatal injuries among America’s youth: motor vehicle crashes, which account for 62 percent of deaths. The CDC reports that in 2016, more than 3,000 American kids between ages 10 and 19 died in a traffic incident. That’s more than 8 deaths every day.

Ironically, this comes at a time when cars have more built-in safety features than ever before. Federal laws have made airbags mandatory since 1998. Newer vehicles are equipped with stability control systems, anti-lock brakes, rear-view cameras and other smart safety features. Yet despite these advancements, Americans are increasingly dying on our roadways – and many of them are kids.

Summer is a particularly deadly time, especially when it comes to teens. The AAA Foundation for Traffic Safety has dubbed June through September as the “100 deadliest days” for teen drivers because of higher rates of fatal crashes involving teens. Too often, teen drivers are injured or even killed because they are taking unnecessary risks, like speeding, driving under the influence of drugs or alcohol, texting while driving, or not buckling up. In fact, in half of all fatal crashes in the U.S., teen drivers were not wearing a seat belt.

The risks from motor vehicles aren’t only when kids are behind the wheel or riding with their friends. According to a data analysis by Safe Kids, there’s been a 32 percent increase in pedestrian fatalities for kids ages 12 through 19 between 2013 and 2016.

One of the reasons for this is painfully obvious. All you haveto do is observe young people walking down the street with earbuds plugged in and eyes fixed on their phones to appreciate how easily such distractions could lead to tragedy. It’s hard for kids to hear a driver honk when they’re listening to a podcast, or see a vehicle turning into a crosswalk when they’re Snapchatting a friend.

Less obvious is what can be done to minimize motor vehicle dangers, but there are at least a few things that can help—and one of them is for parents to keep pushing their kids, even when school is out.  Here are some lessons that should be mandatory learning this summer:

Kids may roll their eyes when they hear such lectures – after all, that’s what kids do. But parents should not relent. Let’s start to reverse this troubling trend and make sure these months are remembered less for senseless tragedies and more for hanging out and having fun. After all, isn’t that what summer should be all about?

Concussions: The Importance of Using Our Heads