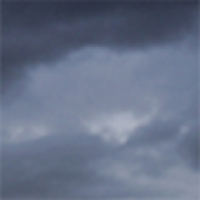 Every spring, weather nerds like me wait anxiously for cold air from Canada to collide with the warm air rising out of the Gulf of Mexico. And like clockwork, we watch mesocyclones (big thunderstorms to most people) build and build until they drop one of nature’s most deadly events, the tornado.

The thunderstorms in and of themselves can be dangerous; Any time there is lightning, you should take shelter – not under a tree! But when these storms actually begin rotating, that’s when things can get really dangerous, sometimes even deadly.

Tornadoes can have a wide range of wind speed – but don’t be fooled, even a low-grade tornado with wind speeds up to 85 miles per hour can cause trees to fall, which can lead serious injuries to people and property. Most injuries and deaths from a tornado are caused by debris being tossed around by the storm. So don’t scoff when the weatherman tells you there is a possibility for bad weather. Being aware is the first step to staying safe.

As a teenager, I lived through a tornado outbreak in Western Pennsylvania. During that one late afternoon outbreak, eight violent tornadoes were spawned (F4/F5) that would go on to kill 89 people. What I remember about that afternoon was sunshine and fluffy clouds – the kind of day that everyone loves. That evening was full of horrible storms. One F4 passed less than a mile from my house – you can still see the scars in the ground if you drive past.

That event hatched a revolution in reporting and warning of tornadic events. Until that outbreak, tornadoes had been just a weather phenomenon of the Midwest. After that, we decided to take weather seriously, no matter where you were. Now with advanced radar and modeling techniques, we can predict down to a street level where a tornado will hit.

So here are a few things to think about to keep your family safe from tornadoes.

First: Educate yourself – what do you need to know about weather warnings?

Second: Learn what you should do if a tornado strikes in your area

Weather nerd like me? Here are some more resources for you.

Testimony of a Two-Year-Old