Is There Such A Thing As Dry Drowning? 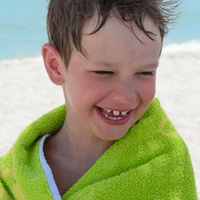 Everything you need to know about a misleading term that takes the focus off real water dangers.

You may have seen postings on social media about “dry drowning,” stories about kids who seemed perfectly fine after getting out of a pool, ocean or lake and then, suddenly, as much as a day later, end up with breathing difficulties and die.

It’s terrifying – but the fact is that this kind of sudden “dry drowning” with no prior symptoms just doesn’t occur.

In fact, most medical authorities—including such organizations as the American Red Cross, the Centers for Disease Control and Prevention, the American Academy of Pediatrics, and the American College of Emergency Physicians—discourage the use of the terms “dry drowning.” If a child seems completely normal after leaving the water and has no symptoms at all, that child did not drown.

That’s not to suggest that problems can’t arise after a child has left the water. They can – but they just don’t come out of nowhere!

Here’s what parents need to know about possible drowning dangers:

Of course, the key to preventing these and other worrisome episodes is to keep water safety top of mind this summer. For tips on making sure your child stays safe in and around water, check out safekids.org/watersafety.

BACK TO SCHOOL: 5 THINGS EVERY PARENT NEEDS TO KNOW

Things You Need To Know As You Head Back To School