Thinking about Benjo: A Dad’s Mission to Honors His Son and Educate Parents about Shallow Water Blackout 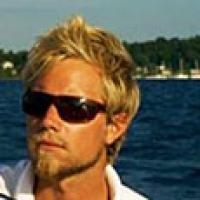 On August 1, 2014, my beloved 27-year-old son “Benjo” drowned in the Bahamas while practicing for spearfishing. Benjo was extremely adventurous, artistic, outgoing and he had a great sense of humor. He was also an accomplished athlete; a state champion alpine skier, sailing instructor and SCUBA instructor with over 1,500 logged dives. The fact that he lived on top of and underneath the water for the better part of his shortened life made his death even more incomprehensible. After we received the call informing us of his death I kept thinking, how could someone with his aquatic abilities drown? It simply made no sense.

When we arrived in the Bahamas to bring Benjo home, we were greeted by locals and several Americans wanting to offer their condolences and any assistance we needed. Among the group was a former Navy SEAL who was the one who tried to revive my son. He pulled me aside and after we cried and hugged each other he told me about Shallow Water Blackout (SWB), which he believed was the cause of Benjo’s drowning. I had never heard of SWB; regrettably I am now an expert on the subject.

SWB occurs when the swimmer holds their breath underwater for an extended period of time after hyperventilating intentionally, which means to breath heavily and at an abnormally rapid rate. Why would anyone hyperventilate intentionally? Well, it is usually practiced for a minute or more by divers like Benjo when they are training to increase the amount of time they can hold their breath. Excessive physical activity, such as playing tag or just running around in the yard immediately prior to swimming, can have the same physiological effect on the body. This is considered unintentional hyperventilation.

Hyperventilating, either intentionally or unintentionally, reduces the amount of carbon dioxide significantly; therefore, the signal that fresh air is needed is not sent and the brain “faints” or passes out due to a lack of fresh oxygen. When this happens, a breath is taken naturally underwater and a tragedy is most often the result.

According to the World Health Organization, there are more than 375,000 drownings annually making it the third leading cause of all unintentional deaths worldwide. The Redwoods Group, a major insurer of YMCA’s across the country, report that SWB is the cause of more than 50 percent of all unintentional drownings worldwide. Regrettably, children are among its many victims.

Unless a SWB victim’s pre-swimming activities are known, it is almost impossible to assign SWB as the cause; therefore, related drowning victims are simply labeled as accidental. Although it can happen at any depth, many SWB victims drown in water less than 15 feet deep, hence the name.

Not a day goes by that I don’t think about Benjo. He was my best friend and truly the center of my universe; losing him was an emotional earthquake. The pain of losing a child will never diminish; you just must learn to live with it. However, I have now devoted my life to raising awareness about Shallow Water Blackout with the hope that no other parent will to have to endure such needless pain. It is also my hope that something good can come out of Benjo’s tragedy. That maybe a life can be saved by raising awareness about something that is so easily preventable.

Here are some tips for how to keep your kids safe in the water and prevent Shallow Water Blackout:

Please, remember, Shallow Water Blackout is preventable. I strongly encourage all parents to follow the above guidelines. For more information about SWB, visit livelikebenjo.org or shallowwaterblackoutprevention.org.