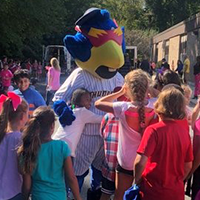 When Safe Kids began its pedestrian safety program with support from FedEx 20 years ago, it was called “Walk This Way.” Now, thanks to work of Safe Kids Mercer County led by St. Lawrence Rehabilitation Center, and some really smart fourth graders at Lawrence Intermediate School (LIS), the program could also be dubbed “Make Law This Way.” 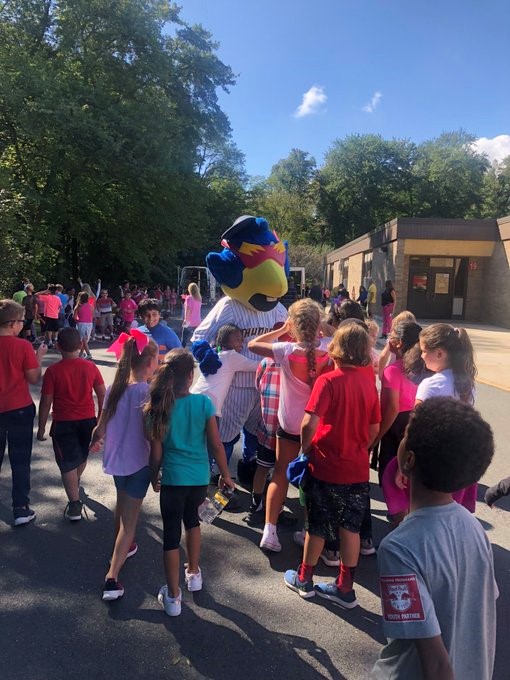 The Walk This Way program was always intended to educate kids on how to walk safely—always cross at the crosswalk, look both ways, left, right, left and pay attention to crossing guards and traffic signals. And LIS took it several big steps further. During International Walk to School events, the students, with the assistance of the Lawrence Township Police, FedEx workers and the Trenton Thunder Mascot, Boomer, conducted sophisticated surveys of the walking environment around the school. In 2018, Commissioner of New Jersey Department of Transportation, Diane Guttierez-Scaccetti participated in the event. They used the information to issue a report on what was needed to make walking around LIS safer.

The students presented to the Township Manager and Councilmembers and many of their recommendations were accepted. Over the next several years, the improvements included building a median on Eggerts Crossing Road, the main road near the school, and clearing bushes around the sidewalks, which blocked their walking view. Their effort to install a new traffic signal is on the priority list for installation. The most audacious suggestion was reducing the speed limit. The Council passed a resolution adopting the change lowering the speed limit to 35 mph from 40 mph, with the school zone speed limit remaining at 25 mph. The new speed limit is in effect now. It helped that the kids attracted the attention of Commissioner Gutierrez-Scaccetti.

The Walk This Way experience in Mercer County taught several lessons to the children and adults. First, are the rules for walking safely, which we know prevent injuries and save lives. Second, as Jane Millner of St. Lawrence Rehabilitation Center eloquently said, “The students learned that they do have a voice and that they can make a difference in their community.”

Carol Ann Giardelli is the coordinator of Safe Kids New Jersey. The Walk this Way program has been made possible by FedEx.