Many people ask: Is Washington, D.C. listening to us? 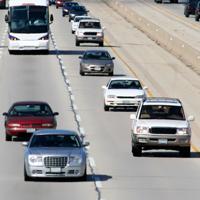 Because of this question, it’s especially inspiring to hear when Washington actually respond to our views on an issue and changes its mind. Our right to “petition the government” and express our opinions is enshrined in the U.S. Constitution and the First Amendment.

So here’s what happened: Congress told the Department of Transportation (DOT) to create ways to measure the performance of roads and highways so that future investments would make more sense. DOT responded with a plan that focused solely on the measurement of speed and travel times involving individual cars and trucks.

We did not agree with that approach. Back in September, Safe Kids provided our input in an official way,  “Making the Ballet of Road Use Smart and Safe for All Who Share Them.” We said that the measurement project should be holistic, evaluating all of us who share the roads. In addition to cars and trucks, it should measure mass transit, school buses, kids walking to school and people on bicycles. Safe Kids, along with other advocates, asked the DOT to reassess the measurement plan and create more integrated guidelines reflective of current concerns.

And why is this so important? If the measurement doesn’t look at how we’re traveling on roads, there will be a prejudice in favor of car traffic with no consideration of the implications of road sharing—which, in turn, affects how safety will—or won’t—be engineered into road projects!

Well, the DOT agreed. Late last year, the DOT unveiled its new plan for measuring highway and road traffic, requiring state transportation agencies to report on the road systems attending to all road users—just like we suggested.

What will change with this new system?

Under the new system, state DOTs will now have to measure the number of people in each vehicle. In the previous system, a bus filled with 20 people would count the same as a truck with only one driver. The new guidelines offer incentives for states to invest in congestion-reducing modes of transportation such as public transit, carpools, bicycles and pedestrians.

In addition, the way the system measures speed and travel time will now reflect how many people are in each vehicle — “person-miles.” This will allow the DOT to account for the effects of carpooling and mass transit systems. Just think about the positive benefits of moving kids to school on school buses—it’s still the safest way to get kids to school—notwithstanding the tragic school bus crash in Chattanooga, Tenn.

All of these changes create incentives for states to invest in modes of transportation and smartly engineered highways to move cars with less congested roadways. It can reduce carbon dioxide emissions. Most important from our perspective, it will lead to safer road systems!

Can Washington Walk the Talk on Children's Safety?