If I Can Do It, So Can You: Why Celtics Forward Brandon Bass Learned to Swim at 28 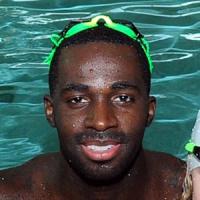 I’m a big guy. At six foot eight, it’s hard to believe that there is much of anything that scares me. What’s more, I’m an athlete. My entire life, I’ve been taught to put myself out there and take chances on the court. When I joined the NBA in 2005, I took the skills that I developed in college to the next level. Playing on the professional level you can’t allow yourself to be intimidated by other players or the pressure of the cheering crowds.

Yet, just because I’m fearless on the court doesn’t mean that I’m fearless in my everyday life. In fact, even something fun and seemingly harmless like a swimming pool can scare me. The truth is—I never learned to swim as a child. I may be able to score a career playoff high of 27 points for the Boston Celtics, but if you threw me into the ocean, I’d drown.

So when my son told me that he wanted to learn to swim, I have to admit I was intimidated. My son was the first one in our family to learn how to swim. Growing up, neither of my parents knew how, and my brother and I never learned either. Growing up in Baton Rouge, we just didn’t have the opportunity.

But now I do. Last year, I teamed up with the Boston Sports Club and 10 fearless kids from the Boys & Girls Club of Boston to take our first swimming lesson. The experience was amazing. I learned that one the best things you can do for your kids is be a role model for safety. When you’re in the car, wear a seat belt. When you ride a bike, wear a helmet. The same goes for swimming. Make sure your kids learn to swim when they’re young. And if you don’t know how to swim, take the class with them. 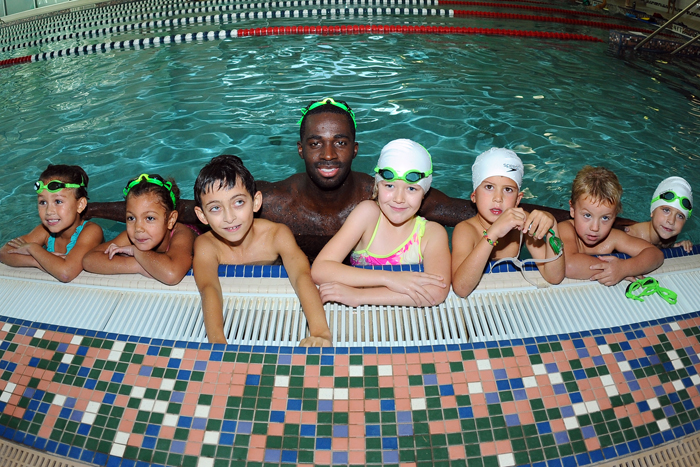 Learn CPR, Save a Child’s Life

Sink or Swim: Why We Should All Join the World’s Largest Swimming Lesson